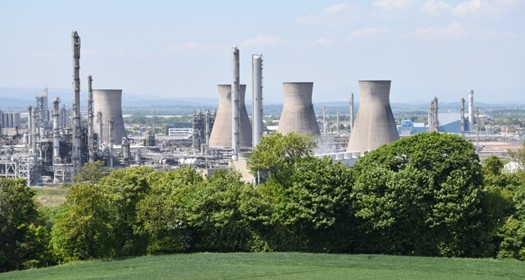 Since the industrial revolution, CO2 emissions have reached a staggering 34.81 billion tonnes. This overutilisation results in forest fires, heatwaves and rising sea levels — calling for us to capture carbon from the atmosphere to combat climate change. But what’s the best way to do this? We investigate a portfolio of carbon capture methods, explaining their process and assessing them against rigorous criteria.

What is Carbon Capture?

Carbon capture is the process of capturing, then repurposing or storing carbon to mitigate carbon emissions. Many carbon capture methods have been or are being developed, from innovative technologies to land management practices and even ocean-based concepts.

However, it’s important to note that all carbon capture methods have different climate mitigation potential. They come with unique challenges, risks and costs that require careful analysis before investment.

Carbon capture methods can be classified into three broad categories:

Where a carbon capture method sits in terms of these different pathways is partly how we assess the viability and efficacy of a method. Doing so helps us determine if a method presents a long-lived, positive impact on climate change.

We should also consider:

Carbon capture methods are about more than the extraction of CO2. For a method to be viable, it must also meet the above criteria, promising permanency and protection of carbon benefit as well as a watertight process with a small carbon footprint.

From natural routes of capturing carbon to technological solutions, there are many carbon capture methods coming to market, including some which are already being implemented without incident.

In this carbon capture method, CO2 can ‘cure’ cement or in the manufacture of aggregates. This allows some long-term storage of CO2 and can displace energy-intensive concrete materials. However, its greatest barrier is working within a challenging regulatory environment.

A timely carbon capture method is CO2-EOR, where CO2 is injected into oil wells to store more CO2 than oil is produced. CO2-EOR is a reasonably complicated process, being delivered in three stages. It might not always be appropriate. However, when there’s significant commercial motivation, such as in the US oil resource base, it presents a relatively affordable way to capture small quantities of carbon.

A popularly talked-about carbon capture method is forestry. In this method, timber can store CO2 and be used as building materials, also displacing the use of energy-intensive cement. Further to this, forests themselves can be used to store CO2 in trees, using photosynthesis.

By better managing and restoring disturbed and abandoned forests, as well as expanding urban tree cover, there’s the potential to help timber production and carbon uptake across forest land.

Some calculations suggest storing CO2 in trees could remove 7 billion tonnes of carbon dioxide by 2050 ― creating a real impact towards the 1.5-degree pre-industrial target. Yet, the drawback of this method is the potential of land-use change, which in the worst-case scenario, could reverse its carbon benefit.

This land management carbon capture method enhances the natural storage of CO2 in soil. As well as having the obvious benefit of carbon capture, this method hosts various co-benefits such as increased crop yields, better water quality, improved soil health and, in some cases, increased farm profitability.

The method can be carried out in several ways, from planting cover crops to using compost. However, despite the multiple routes to carbon capture, it can be difficult to predict soil health and soil reaction. Moreover, CO2 storage can be erased if management or practice changes.

Similar to this, but also posing its own challenges, is the creation of enhanced root crop varieties, through selection or gene editing, to increase soil carbon content.

This carbon capture method is deployed when plant material is burnt at a high temperature and under low oxygen conditions to create ‘pyrolysed’ biomass. Like other land management techniques, this can have co-benefits, such as increased crop yields. However, it’s difficult to make a consistent biochar product and predict soil reactions.

This method creates hydrocarbon fuels with parts hydrogen and CO2 to produce synfuels, syngas and methanol. These fuel products can be offered as an alternative in industries such as transport. Despite its high utilisation potential of up to 4.2GtCO2 per year in 2050, it’s one of the most expensive methods to employ.

By processing biomass in the form of microalgae — a microscopic material found in freshwater and marine systems — there’s potential to make products such as fuels and chemicals that act as an alternative to CO2. Like creating purpose-built CO2 fuels, this method is high-cost and still in the early stages of development.

BECCS is the process of capturing CO2 by growing trees, producing electricity through bioenergy and sequestering the resulting emissions. As with forestry, this method relies on photosynthesis. It’s a complex process, more so than planting trees and managing soil conditions, that can produce energy for the industrial, power and transport sectors if done correctly.

The expected climate benefits of this method can be challenging to achieve and it can have other adverse effects on food production and ecosystems. There are also competitive disadvantages against its adoption and, in most cases, BECCS only provides partial capture, meaning it isn’t the most efficient carbon capture method on this list.

The theory behind BECCS is sound  — potentially displacing fossil energy with options to utilise biomass that would otherwise decompose and therefore posing a process with next to no carbon footprint. However, cultivating this biomass isn’t straightforward, especially when competing for the use of feedstocks.

A recent carbon capture method comes in the form of enhanced weathering, crushing rocks and spreading them on land, which can result in the accelerated formation of stable carbonate from CO2. Its early nature means it’s hard to predict this method's carbon utilisation and cost.

Carbon mineralisation uses basalt or alkaline mineral waste — though the latter is limited — to create natural reactions between CO2 and reactive rocks that result in capture and storage. This method presents an opportunity for permanent storage either via underground carbonate minerals or in those on the earth’s surface. However, some potential environmental risks come with it, including complex logistical and technical considerations.

DAC is the process of scrubbing CO2 from atmospheric air by either a liquid solvent or liquid sorbent. It’s then put through a series of chemical reactions to create a concentrated CO2 product that can be stored permanently in deep geological formations or repurposed.

With an enormous scale of deployment that can meet 2050 demands, DAC has unsurprisingly been selected by the UK government and others as a net-zero strategy.

However, DAC requires further public support to advance to the required level and will need CO2 pipelines to ensure capture is linked to storage reservoirs. If it receives the required infrastructure planning and investment, DAC poses the potential of cumulative removals by 2050 of anywhere from 2 to 7GtCO2.

Which Carbon Capture Method is The Best? Why Direct Air Capture Steals The Spotlight

There are varying degrees of efficacy, cost and advancement when comparing carbon capture methods.

Some carbon capture methods present promising ideas, such as enhanced weathering and microalgae. However, their infancy makes them largely inappropriate to play a prominent role in the 2050 goal.

Others fit the bill in terms of permanency and footprint but fail to yet be entirely feasible due to other complications. Soil carbon sequestration and carbon mineralisation are good examples of this.

Really, the only carbon capture method that currently fits the viability criteria is DAC. With both permanency and accountability on its side, DAC presents an opportunity to employ carbon removal en masse in a place where there’s already proof of concept.

There’s no obvious limit to its technical potential, unlike natural carbon capture, and its sustainability, scalability and ability to meet demand make it the clear front-runner. Despite its cost and energy intensity, DAC has a small land footprint and is irreversible.

However, there’s much more to meeting the pre-industrial target than carbon removal. First, organisations and governments must find ways to reduce emissions before treating only residual emissions with these supplementary strategies.

The Right Way to Approach the Race to Net-Zero

The race to net-zero starts with a clear commitment and it may likely end with Direct Air Capture, but there’s much to do in between to responsibly approach this worldwide climate objective.

Find out how to tackle the all-important mid-century goal by downloading our latest whitepaper. Click the banner below to gain instant access. 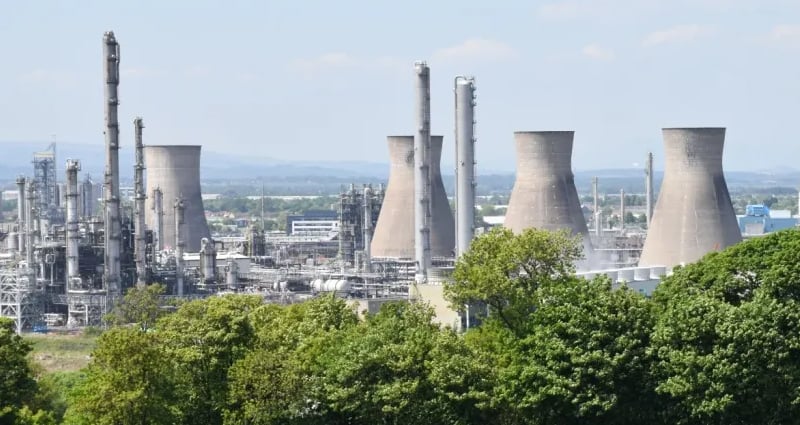 The potential of carbon capture is huge. For example, it’s thought that up to 90% of carbon... 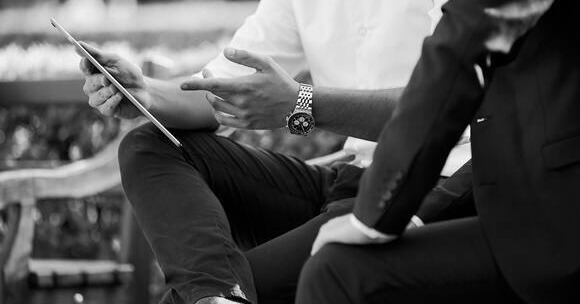 Carbon credits have had some negative connotations due to their misuse in the past. However, they...