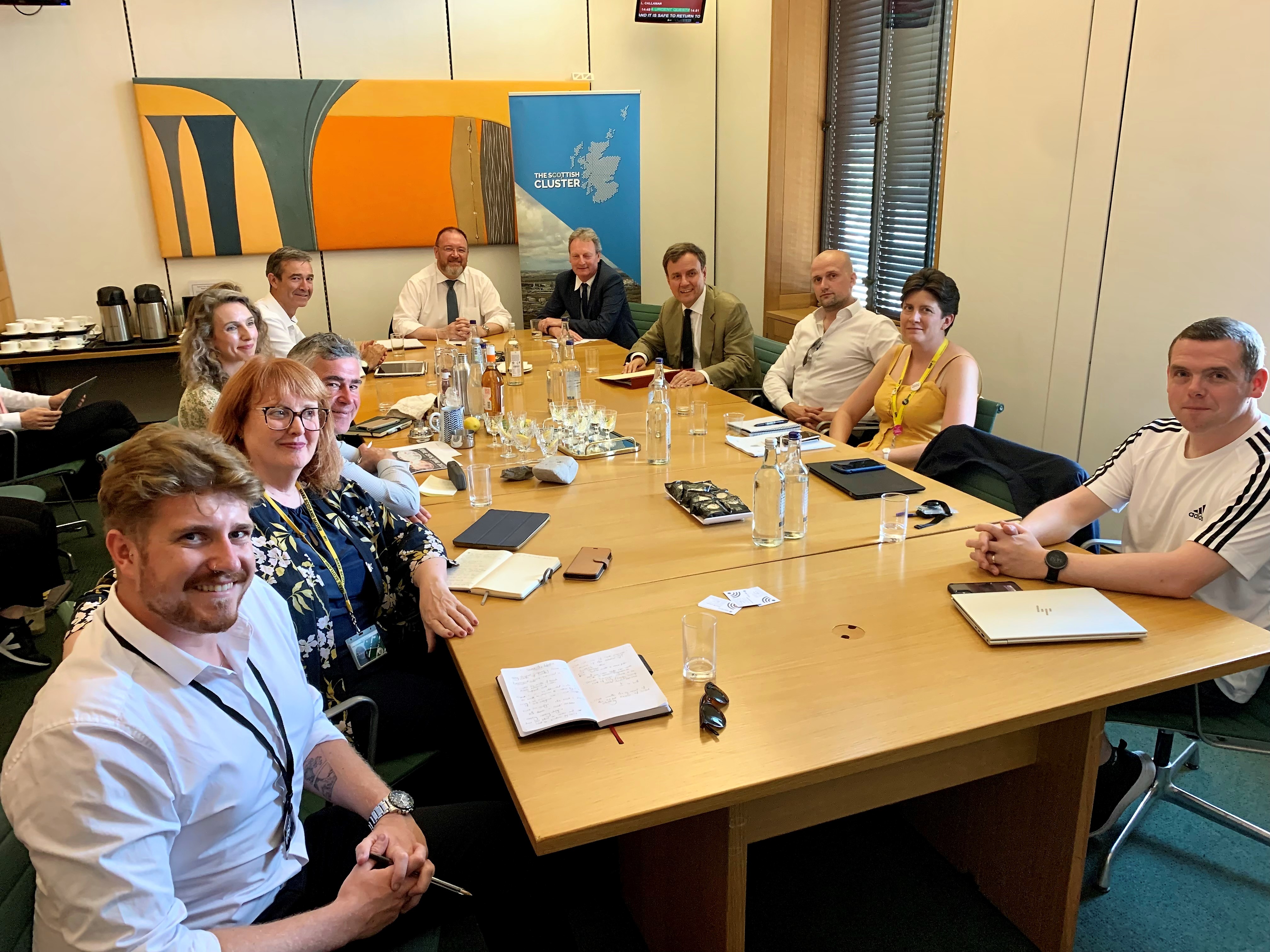 On the hottest day in UK history, cross-party members of Parliament, including Greg Hands MP, Minister of State for Energy, Clean Growth and Climate Change, are meeting with companies focused on removing harmful CO₂ from the atmosphere at the House of Commons.  The event, hosted by David Duguid, Member of Parliament for Banff and Buchan, at the House of Commons includes Dr Nick Cooper, CEO of Storegga, Sorrelle Harper, Head of Corporate Affairs at Storegga, an independent CO₂ storage and clean fuels developer; John Johnson, Director of Development at SSE Thermal, the UK-listed energy company working for a better world of energy; and, Andrew Gardner, CEO of INEOS FPS, a chemicals business seeking ways to reduce its CO₂ emissions.

In the face of an unprecedented red heat warning - called by the Met Office due to the highest national temperatures attributed to climate change - the group convened to discuss the crucial CO₂ storage opportunity of the North Sea and how its net zero developments can drive a green industrial revolution and support the transition of so-called ‘hard to abate’ industries.

“We are committed to making the UK a world-leader in carbon capture, and it was great to meet with industry today to discuss how we can work together to make this happen. This will be vital to reducing emissions, along with increasing our reliance on clean, homegrown power, and we are determined to further develop this promising sector, to bring in investment into the UK, and support new jobs across the country.”

David Duguid constituency MP for Banff and Buchan and chair of the roundtable, said:

“The UK Government is committed to a net zero target of 2050, and has also set out the pathway to achieve that goal, with a specific target of 10Mt CO₂ removal by 2030. It is clear that the UK and the world need many tools to reach this destination.  Capturing CO₂ from our industrial emitters and replacing fuel with hydrogen are two vital components, as supported by the recent IPCC and CCC reports. We understand the urgent need to accelerate this progress, not least responding to the Climate Change Committee’s most recent challenge. The Scottish Cluster, centred around the Acorn CCS and Hydrogen Project in St Fergus in my constituency, is critical to meet these UK targets and to decarbonize Scotland.”

“We’ve all seen the alarming Government, Met Office and NHS warnings: this UK heatwave is causing substantial disruption to critical transport infrastructure, to the education of children, and is expected to lead to increased loss of life.  Lets be clear, climate change is real and its first effects are  hitting us now.

“As worrying as these events are, there is however strong reason to be hopeful.  In the same way that the industrial revolution of two hundred years ago triggered the man-made emissions which are overheating our world, we are now on the cusp of a green industrial revolution which could provide a man-made solution to support and accelerate the impact of nature-based solutions.  A key component of this revolution, alongside renewables, is the widespread deployment of proven Carbon Capture and Storage(CCS).  CCS will capture massive volumes of CO₂ before it enters the atmosphere and store them safely and permanently in rocks deep below the sea bed.  This will deliver a major leap forward in fighting climate change.  Generating clean fuels like hydrogen alongside CCS will also help replace the dirty fuels we are so reliant on.”

“Carbon Capture and Storage and hydrogen will create tens of thousands of sustainable, skilled jobs and open up a significant new value creating activity for the UK. Our research indicates that if the North Sea CO₂ storage capacity was opened up both to UK and international emitters, it would represent an annual export revenue potential for the UK of over £5bn per year.  Put simply, the carbon storage business in the North Sea, offers the UK both a huge contribution towards decarbonisation and also an economic opportunity at least as large as the Scotch whisky industry, with a customer base that is desperate for service now.”

“At SSE we are building more offshore wind than any other company but we know that flexible energy is needed to provide vital back-up when the wind doesn’t blow and the sun doesn’t shine.  That generation must be decarbonised in its own right, which is why SSE Thermal is committed to deploying carbon capture technology at our Peterhead site.  The benefits of this are enormous – not only will it help us reach net zero targets in Scotland and the UK, it will drive a just transition for workers and communities in the north-east of Scotland.  That is why it is essential that the UK Government gives clarity on the Scottish Cluster and accelerates its deployment at the earliest opportunity.”

“The UK’s industrials are working hard to reduce CO₂ emissions, but we must have a grown up conversation around the transition to clean fuels.  The truth is, we can’t just switch off our factories and stop production until clean methods are available.  For companies operating in the ‘hard to abate’ industrial sectors, we need to have an interim solution which takes away the CO₂ emitted in the meantime.  Capturing this CO₂ and storing it in this country’s unique geology in the North Sea is a practical stepping stone.  We would like to see the government give us the green light so we have a path to reducing our emissions as soon as possible.  It is vital we act equitably to protect jobs as well as the planet. It would be a travesty if we outsourced our UK manufacturing and employment to only then import the carbon in everyday items from non-regulated jurisdictions.”

Storegga has estimated an annual export revenue of over £5bn per year, equivalent to the scotch whisky industry, based on Europe installing 400MT of carbon capture by 2050, with the UK capturing 25% of that in its storage services at a carbon price of around £50/T.  Storegga is currently conducting more detailed research on the value of the North Sea at the moment with fuller research to be released in the autumn.

The Climate Change Committee, is an independent, statutory body established under the Climate Change Act 2008.  Its purpose is to advise the UK and devolved governments on emissions targets and to report Parliament on progress made in reducing greenhouse gas emissions and preparing for and adapting to the impacts of climate change.  The Committee warned in its latest report of June 2022 that current programmes will not deliver net zero.

Storegga Limited is an independent, UK-based decarbonisation development business.  It develops early stage carbon capture and storage, direct air capture, and hydrogen projects in the UK and internationally to contribute to achieving net zero targets.  The company employs approximately 80 people in the UK, US and Singapore, with its head office in London.

Storegga is the lead developer of the Acorn Carbon Capture and Storage and Hydrogen project in Aberdeen, Scotland.  The Acorn Project will provide critical backbone infrastructure for the Scottish Cluster. The Scottish Cluster unites communities, industries and businesses to deliver CCS, hydrogen and other low carbon technologies, supporting Scotland, the UK and Europe to meet net zero goals.  The business is also developing Europe’s largest direct air capture plant in Aberdeen, as part of the Scottish Cluster.

SSE Thermal is responsible for SSE plc’s flexible generation and energy storage activities, with over 600 direct employees across the UK and Ireland. As part of its commitment to achieving net zero carbon emissions, the business has a core focus on decarbonising its operations through carbon capture and storage (CCS) and hydrogen technology. SSE Thermal is progressing plans with Equinor for a CCS-equipped power station at Peterhead in Scotland, as well as two further low-carbon power stations at Keadby in North Lincolnshire as part of the East Coast Cluster. SSE Thermal is part of the FTSE-listed SSE plc, the UK’s clean energy champion and a Principal Partner to the UK Government for COP26. Find out more at www.ssethermal.com.

The Forties Pipeline System is a 100% INEOS-owned integrated oil and gas liquid transportation and processing system and is the largest pipeline system in the UK North Sea. The Forties Pipeline System is a critical Central North Sea transport infrastructure system and in 2020 transported over 30% of the UK’s total oil production from the UKCS to the mainland.

INEOS Olefins & Polymers (UK) Europe operates the petrochemical plants at Grangemouth. Its finished products of ethylene, propylene, polyethylene, polypropylene and ethanol are used as the building blocks in a multitude of sectors, in the manufacture of everyday household essentials - being transformed into bottles, cabling and insulation, food packaging as well as being extensively used in the pharmaceutical industry.

The Petroineos Refinery in Grangemouth is Scotland’s only crude oil refinery. It produces the bulk of fuels in Scotland, with markets in Northern England and Northern Ireland. 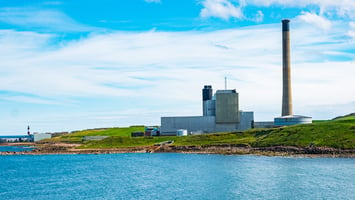 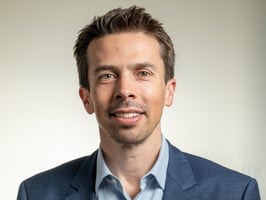 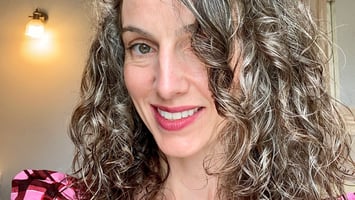 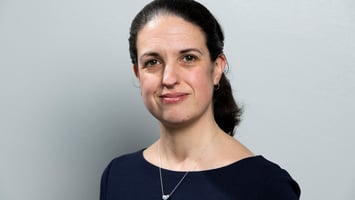 Storegga Appoints Nicola Cocks as Head of Regulation and Policy