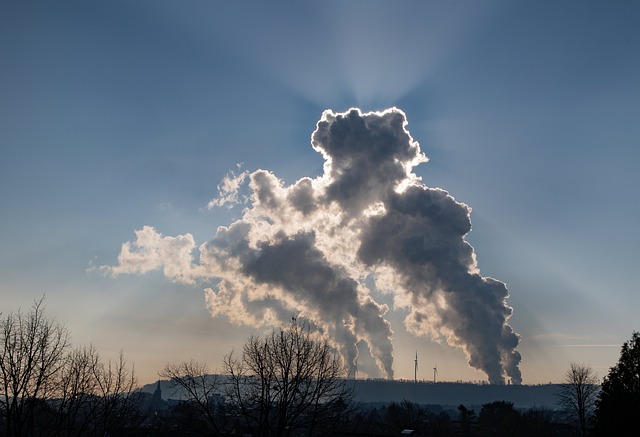 LONDON 24 May 2021: Storegga, through its wholly owned subsidiary Pale Blue Dot Energy, is pleased to announce it has been awarded a £249,000 grant by the UK Government’s Department for Business, Energy and Industrial Strategy (“BEIS”) for a development project in Direct Air Capture (“DAC”) – a technology that captures carbon dioxide (“CO2”) directly out of the atmosphere. In partnership with leading DAC provider Carbon Engineering (“CE”), Storegga’s Dreamcatcher Project is a key next step towards the partners’ ambitions to deploy UK’s first large-scale DAC with Storage (“DACS”) facility. These types of greenhouse gas removal projects will create and sustain tens of thousands of green UK jobs and businesses and can help accelerate Scottish and UK efforts to reach net zero emissions by compensating for sectors of the economy that are challenging to decarbonise directly.

From a pilot facility in British Columbia, Canada, CE developed and demonstrated its DAC technology and has been capturing CO2 from the atmosphere since 2015. CE is now deploying the technology at large-scale in the United States. The development funded by this grant will focus on optimisation and UK deployment of this proven solution. Specifically, Storegga and CE will utilise the funds to research and develop new, ultra-low-carbon energy sources to power the DAC technology. They will also collaborate on the identification and development of a UK supply chain and roadmap to deploy DAC technology in the UK at a cost of potentially less than £200 per tonne of CO2 in the 2020s.

Project Dreamcatcher is a key step towards Storegga and CE’s ambitions to build a large-scale DAC plant in the UK within the next five years. The proposed large-scale DAC facility will capture between 500,000 and one million tonnes of atmospheric CO2 each year and then safely and permanently store it deep below the seabed in an offshore geological storage site. One of the locations being considered by the partnership for this facility is in North East Scotland, with access to the Acorn CCS and Hydrogen Project (“Acorn”).

Acorn is one of the most mature UK CCS and hydrogen projects and is positioned to be the most cost-effective and scalable CCS project in the UK. The Acorn project is currently in the detailed engineering and design phase of development and is planned to be operational by the mid 2020’s. DAC, CCS and hydrogen technologies are complementary solutions that provide key tools for the UK to meet its net zero targets.

DAC technology, when combined with secure geological CO2 storage, delivers the permanent and verifiable removal of CO2 from the air. This form of greenhouse gas removal has the ability to play a key role in the rapid decarbonisation of high-emitting, difficult-to-decarbonise industrial sectors, such as aviation, shipping, agriculture, and oil and gas. It also provides a reliable way to remove CO2 emissions from the past, making it a tool to support not only net zero targets, but also ambitions to achieve net negative emissions and full climate restoration. DAC technology is highly scalable, cost-competitive and can eliminate any CO2 emission at a known cost. This flexibility will be critical as the UK seeks to achieve carbon neutrality while continuing to protect and grow the economy.

“We are pleased to have been awarded funding under the Direct Air Capture and Greenhouse Gas Removal Technology Innovation Programme Award which will enable Storegga and our project partners to advance the development of the UK, and Europe’s first large scale DAC facility."

“The world needs to remove large quantities of CO2 from the atmosphere to meet the Paris Goals. DAC is a profoundly important tool for this: offering permanent, verifiable carbon removal for both current emitters and for legacy CO2 emissions.”

“At Carbon Engineering, we’ve spent the past decade developing a highly scalable and affordable Direct Air Capture solution so it can play a mainstream role in addressing climate change. As the UK, and nations around the world, create plans to reach net zero emissions, DAC is a feasible, available, and affordable tool that can be added to the net zero toolkit. It is a tool that has the potential to realise significant greenhouse gas reductions while creating thousands of local jobs and businesses. We’re pleased to see the UK Government investing in this critical solution and are grateful for this support from BEIS as we work with our partner, Storegga, to deploy DAC in the UK.”

Storegga exists to pioneer carbon reduction and removal projects for the net zero world. It aims to champion and deliver CCS, hydrogen, and other subsurface renewable projects in the UK and internationally to accelerate carbon emission reductions. Through its wholly owned subsidiary Pale Blue Dot Energy, Storegga is the lead developer of the Acorn Project in North East Scotland, providing essential infrastructure to help the UK and Europe meet net zero targets.

Founded in 2009, Carbon Engineering (CE) is a Canadian-based clean energy company focused on the deployment of Direct Air Capture (DAC) technology that captures carbon dioxide (CO₂) directly from the atmosphere so it can be permanently stored deep underground or used to produce clean, affordable transportation fuels. From a pilot plant in Squamish, British Columbia, CE has been removing CO₂ from the atmosphere since 2015 and converting it into fuels since 2017. Today, with its partner 1PointFive, CE is engineering a commercial scale DAC facility that will capture one million tons of CO₂ per year, equivalent to the work of 40 million trees. More information can be found at carbonengineering.com.

As Engineering partner, Petrofac will undertake all Project Management and Engineering to support analysis of this concept phase, and the Front-end Engineering Design (FEED) for the demonstration DACS facility.

A leading international service provider to the energy industry, Petrofac and its 9,400 strong workforce enable clients to meet the world’s evolving energy needs by designing, building, managing and maintaining energy infrastructure globally. Building on its ten-year track record in the offshore wind sector, the Group is actively growing its portfolio in new and renewable energy. In June 2020 Petrofac was selected to provide ongoing Engineering and Project Management Office support for the Acorn project. Under Scotland’s Net Zero infrastructure (SNZI) programme it is also driving the offshore pipeline and subsea activities to develop the Acorn CCS project.

This project is being supported by the Centre for Climate Repair at Cambridge (CCRC). The Centre undertakes multi-disciplinary research and engagement in all aspects associated with Climate Repair. This project involves participants from the Department of Engineering and the Department of Chemical Engineering and Biotechnology. For more information on CCRC visit: https://climaterepair.earth/

Professor Stuart Haszeldine: “A crucial part of reaching net zero is to use greenhouse gas removal to balance emissions with storage. We will examine the practical solutions and business models proposed from projects as diverse as tree planting, to making hydrogen, to recapturing carbon dioxide from the air. Helping these projects to happen faster, bigger and cheaper is our primary aim.”

In a world-first for a loyalty programme, Virgin Red has partnered with Carbon Engineering, to allow its members, through the donation of Virgin Points, to support the development of Carbon Engineering’s Direct Air Capture technology. In the future, the intention is to enable Virgin Red members to use Virgin Points to facilitate the removal of carbon from the atmosphere.

This competition will provide funding for developing technologies that enable the removal of greenhouse gases from the atmosphere in the UK. 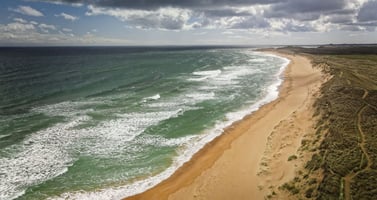 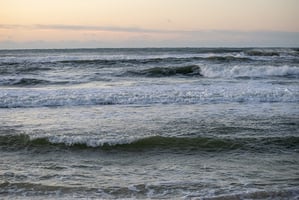 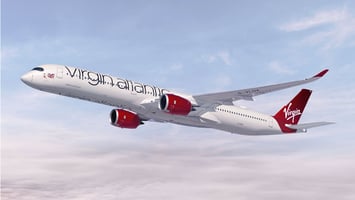 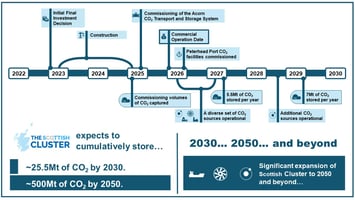 SCOTTISH CLUSTER EXPECTED TO DELIVER 20,600 JOBS IN THE NEXT DECADE